How do you stay motivated? 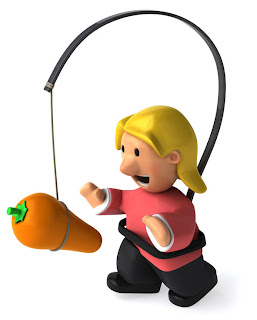 If I had a dollar for every time someone asked me "Amy, how do you stay motivated?!" then I reckon I'd be lying on the floor whipping my arms around making 'money angels' in all my shiny gold coins right about now!!!    (sadly, I am not.. haha!)

It happened again today - right after I posted on Facebook about my SSS workout - my 1115cals burnt, 2.5hour sweat-session - that saw me haul some serious arse to beat the weekend challenge, and prove to myself that I'm still in this game.  ...And right there on the post was the conspicuous "Amy, how do you stay motivated" question that I see so often! It made me smile - it's something I've wanted to talk about for ages, and something I was flicking through in my head as my legs were ticking over on the tready today!

After the last few weeks (albeit months, if I'm truly honest) - the self-sabotage and hideous mental games that have fueled me with more self-doubt than I like to admit...  I knew damn well my "motivation" had literally flown right out the window. As usual.  Didn't feel I had the right to spiel about something this big...

Running on the tready at the gym this afternoon though, post-Pump class and feeling that freaking awesome burn that comes with pushing your limits (and proving your self-doubt wrong) - I KNEW right then and there that motivation really had nothing to do with this latest breakthrough...  and it was time to sort this out - both for my own benefit and all those that think I have a never-ending supply of 'motivation' at my disposal!!

"At the beginning"... being nearly 200 kilos, I was plagued with doubt, fear, repulsion, hatred, severe self-loathing (I could go on, but I won't...) - I was trying to pull myself out of a hole I'd dug for myself, and I literally had NO belief that I was capable of succeeding.  Looking for 'motivators' was habitual - I'd scour the internet, magazines, watch TV shows, trying to find people in a similar scenario that could "show me" it was possible - because I didn't believe it was true. All the other attempts I'd failed, so how was this time going to be any different?! Things would start out great the first day or two then I'd lose the plot and be right back to where I started. Lost count of how many failed "diets" and ridiculous gimmick products I'd tried, and NOTHING worked to keep me moving forward...  My innate ability to believe in failure before I'd even had a chance to succeed was always my undoing. Things HAD to change...

Knowing full well I had well over half my weight to lose, it's all fine and dandy to say 'motivation' was what pulled me through for results... but motivation is fleeting - it's short term! It doesn't stick around, it only lasts until your first slip-up, a badly calculated move, an unexpected visitor or an unscheduled birthday cake hits the office...  It gets tossed to the back of your mind when you get stressed, there's 300 jobs on your to-do list due by the end of the week, there's issues with the family, it's raining outside, the cat just vomited on the carpet and you ran out of time to get to the supermarket...  Motivation = gone!

Hear it time and time again, people throwing the term "motivation" around like it's the ONLY way they'll ever succeed in their weightloss (or any goal for that matter)... but motivation isn't the sole driver creating champions!

It's funny, I'd fight ALL the time, "trying to get motivated" and get moving.  You know the mental fight.... You're sitting on the couch, takes all your energy to put your joggers on - all the while your brain is ticking over with the "you can just do twice the session tomorrow, or maybe if I just eat less tonight it won't matter so much" (knowing full well you'd stick to neither) - then by the time you're actually ready to hit the pavement or the gym, you feel like your head is about to cave in, you have the energy of a deflated balloon and any motivation you DID have is well and truly gone!  Bulk of the time you let it beat you, berate yourself and your so-called 'motivation' has let you down, again!

This is usually where people tell you to pull out the JFDI (just f-ing do it) card.... but again, that's fleeting too, and just like that limited motivation that's already eluded you, only serves to push you through that brief session too!  It's handy and DOES work as a tool, but not so reliable for the long-term either...


I don't discredit motivation at all - I think it has its purpose and reason, and plays a KEY part in anyone's attitude and drive towards success (on any level)... but again, is NOT the sole reason pushing someone forward.  And I'll reiterate - it's SHORT TERM.

SO this is the part you're not going to like...   Stop looking for your lost motivation, it's already moved on!  It was there for a bit, now it's gone!  It all comes back to YOU.


For me, trying to find someone as a "role model" if you will, that could 'motivate' me towards success was basically impossible.  Looking for inspiration and motivation elsewhere became redundant for a girl who had a hundred kilos to lose (there's not that many of us out there!!) - and still something I struggle with today when I come up against new obstacles I don't quite know how to contend with!  One foot in the front of the other, and a blind faith that I just have to keep moving through the issues, and hope like crazy I'm doing what I need to do.  I just have to DO...

That's NOT reliant on motivation. That's belief, faith, determination, habit, trust... (etc) - "intangible" things that you can't see or touch to prove the possibility.  THEY are what's stuck with me for over 3.5 years - holds my hand when I'm too scared to step out of my comfort zone, moves me faster when I just want to stop, calms my head when my world is spinning from all the changes, and comforts me when I just want to cry...   THEY are the reason I've lost half my bodyweight - they're the catalyst beneath all the good behaviours, the new learned habits, the proactive choices, the calculated risks and the plain, good old-fashioned, bloody hard work!

MOTIVATION - on the other hand - is an aspiration!  It's what I want, it's the goal, it's an end result that can be celebrated. Yes, it's a driving force, but it's NOT the heart and soul of the operation!  It's something that I haven't got yet - but I want - but it's too far ahead of me to be reliable. It helps put the fire in my belly - because I have somewhere that I want to be - but it comes and goes!!

It took me a really long time to realise there was a significant difference between relying on something fleeting (motivation) or to acknowledge what really drives me forward.

I AM the reason, and therefore I produce the change.  I work at this every day.  I eat well, I exercise, I learn new habits (21 days to form a new healthy habit), I push myself when I need to, I make mistakes and I learn from them, I educate myself, I support others, I instigate more change...


This is NOW just what I do. No games, no gimmicks, no spiels or carry on. This is the new ME, and 'motivation' plays very little part in that.

Just like today, as I was running on the tready, I had this smile spread across my face when one of my favourite songs hit the Ipod...  I picked up speed and pushed my legs harder, and aimed for another five minutes...  just because I was so happy, in that moment, and I'd proactively CHOSEN to be there!

I USED to be the girl who couldn't even walk a few steps down the block, and it fills me with this overwhelming happiness and the most beautiful feeling of self-belief and worth, knowing full well that what I've done isn't fleeting...   I beat the "I've lost my motivation" cycle - regularly!!   It comes and goes (as it always has) - but it's so unreliable, I have to believe in ME now.  I AM the reason - and I'll do what I have to do! ... I simply won't settle for less.

There's always going to be obstacles and challenges - THAT is what makes this all the more worthwhile!  If it came easy, there'd be no value to the work. Success comes to those who put one foot in front of the other and BE who they need to be in order to achieve.

Champions create their own motivation - they don't wait for it to show up randomly and hope it sticks around long enough to make a few lasting changes, or expect someone or something else to drive it. Champions make it happen!

I'll say it again.. Motivation is fleeting - it's SHORT TERM!  It has its place, but it's a "friend" who'll visit you sporadically, hold your hand for a little while, then leave when it's time for YOU to step up and take control.  It's a BEAUTIFUL tool, but just know it's only there to give you that little push when you need it - not drag your butt right through!!

It pays to know the difference!!!    My 3.5 years and STILL working towards my goals tells me so!

So, next time someone says to me "Amy, how do you stay motivated?"... maybe I can say (without sounding like an over-inflated egomaniac!) it's because I aspire to be a true Champion. I'll just keep making it happen... because that's just what I DO! 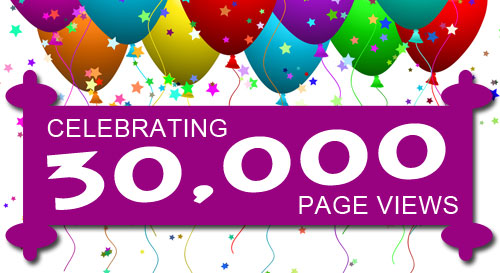 THANK YOU!!!!
You guys freaking ROCK - thank you for your support - SO humbled by it all.
It's definitely helping me keep my momentum going!!!
(... do I detect a slight bit of 'motivation' in there... hahaha!!)

Email ThisBlogThis!Share to TwitterShare to FacebookShare to Pinterest
Labels: motivation